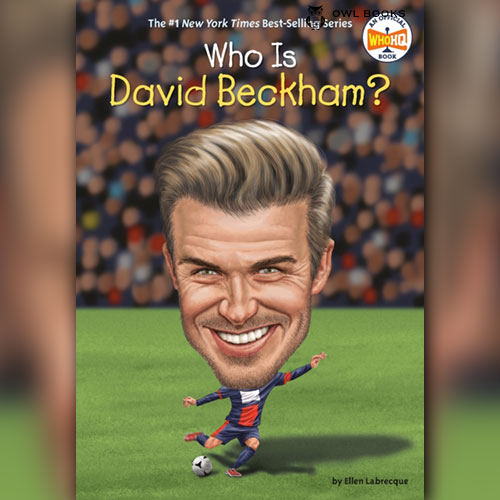 Who Is David Beckham?

Whenever a young David Beckham was asked what he wanted to be when he grew up, he’d always answer with the same response: I want to be a footballer. This English native got his wish when he joined the Manchester United team in 1991. Since then, he has been crossing, bending, and free-kicking his way to stardom.

In his twenty-year career as a professional soccer player, he has won nineteen major trophies, and appeared at three FIFA World Cup tournaments. David Beckham has become an international cultural icon for his soccer skills, his charity work, and his fashionable wife and family. Young soccer fans are in for a treat with this Who HQ book.

Biography & Autobiography (118)Sports & Recreation (17)
Waitlist Request Thank you for your interest in this title. We will inform you once this item arrives in stock. Please leave your email address below.