Products > All Ages > General Adults > We Were the Lucky Ones 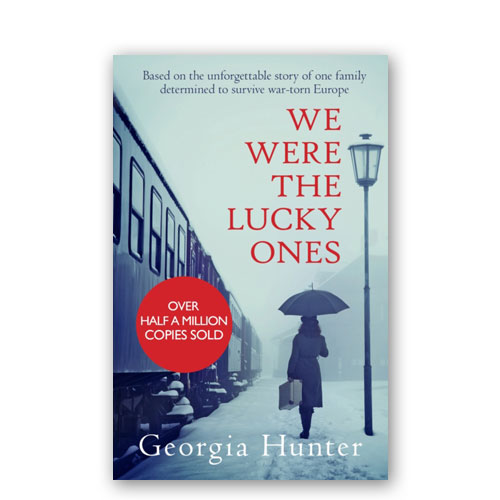 We Were the Lucky Ones

The Kurc family shouldn’t have survived the Holocaust. In the spring of 1939 three generations are living relatively normal lives in Poland, despite the hardships Jews face. When war breaks out and the family is cast to the wind, the five Kurc siblings do everything they can to find their way through a devastated continent to freedom.Addy, a musician, charms his way into possession of a Brazilian visa and into the first class piano lounge on a ship full of refugees bound for Rio; Jakob marries the love of his life in an abandoned house to a soundtrack of air sirens; Mila hides her daughter in a Catholic convent outside of Warsaw, only to return weeks later to find the convent in ruins; Genek endures a brutal winter in a Siberian gulag before embarking with his wife and newborn son on a year-long exodus through Persia to fight for the Allies; and Halina attempts to flee over the Austrian Alps on foot – while pregnant.

All this, across continents and often in ignorance as to the fate of the rest of their family, while the wheels of war turn. We Were the Lucky Ones is a profoundly moving and memorable novel based on the author’s family experiences.

Only 3 left in stock