Products > Two Can Keep a Secret 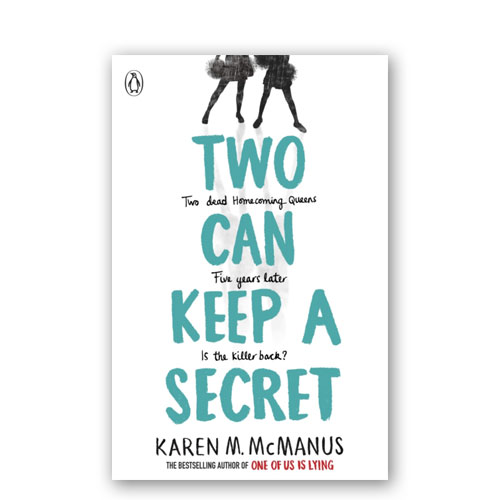 Two Can Keep a Secret

And a killer who claims to be coming back. Ellery’s never been to Echo Ridge, but she’s heard all about it. It’s where her aunt went missing at age sixteen, never to return.

Where a Homecoming Queen’s murder five years ago made national news. And where Ellery now has to live with a grandmother she barely knows, after her failed-actress mother lands in rehab. _____Malcolm grew up in the shadow of the Homecoming Queen’s death.

His older brother was the prime suspect and left Echo Ridge in disgrace. His mother’s remarriage vaulted them to Echo Ridge’s upper crust, but it could all change when mysterious threats around town hint that a killer plans to strike again. And the return of Malcolm’s brother doesn’t help matters.

But his return is just a coincidence… isn’t it? Ellery and Malcolm both know it’s hard to let go when you don’t have closure. Then another girl disappears.

As they race to unravel what happened, they realise every secret has layers in Echo Ridge. The truth might be closer to home than either of them want to believe. And somebody would kill to keep it hidden.

Mystery & Detective (109)Thrillers (29)
Waitlist Request Thank you for your interest in this title. We will inform you once this item arrives in stock. Please leave your email address below.