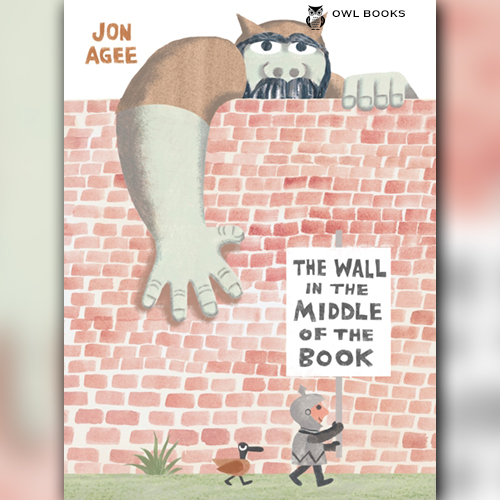 The Wall in the Middle of the Book

A foolish knight is certain that his side of the wall is the safe side in this clever, amusingly meta picture book by the acclaimed creator of It’s Only Stanley

There’s a wall in the middle of the book, and our hero–a young knight–is sure that the wall protects his side of the book from the dangers of the other side–like an angry tiger and giant rhino, and worst of all, an ogre who would gobble him up in a second! But our knight doesn’t seem to notice the crocodile and growing sea of water that are emerging on his side. When he’s almost over his head and calling for help, who will come to his rescue? An individual who isn’t as dangerous as the knight thought–from a side of the book that might just have some positive things to offer after all!

Humorous Stories (351)Social Themes (38)
Waitlist Request Thank you for your interest in this title. We will inform you once this item arrives in stock. Please leave your email address below.