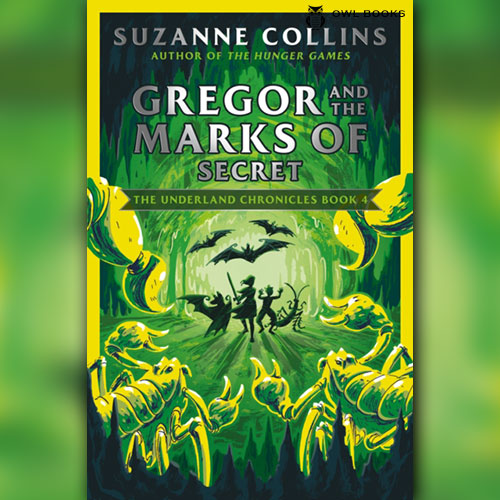 The Underland Chronicles : 04 : Gregor and the Marks of Secret

The fourth book in a gripping young fantasy series from the author of THE HUNGER GAMES, with a striking newly-designed cover.It’s only been a few months since Gregor and Boots returned from the Underland, leaving their mother behind to heal from the plague. Though Gregor’s family receives frequent updates on her condition, they all know Gregor must return to fulfil his role as the warrior who is key to the Underlanders’ survival. Accompanied by his now-talkative little sister Boots, still considered the honorary “princess,” Gregor joins forces with another princess – 12-year-old Luxa – and Ripred the rat to defend the Underlanders and the vulnerable “Nibblers,” or mice, from the rat army.

Fantasy & Magic (274)
Waitlist Request Thank you for your interest in this title. We will inform you once this item arrives in stock. Please leave your email address below.