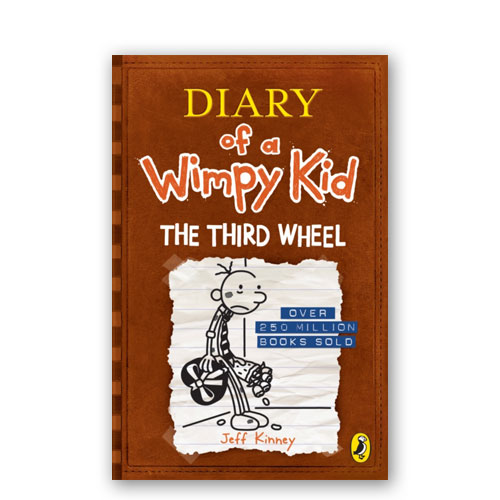 Join Greg Heffley in the seventh book in Jeff Kinney’s hilarious Diary of a Wimpy Kid series!When you live in a house with four other people, some fool is always gonna come along and ruin things for you. Love is in the air, but what does that mean for Greg Heffley? A Valentine’s Day dance at Greg’s school has turned his world upside down. As Greg scrambles to find a date, he’s worried he’ll be left out in the cold on the big night.

His best friend, Rowley, doesn’t have any prospects either but that’s small consolation. Then an unexpected twist gives Greg a partner for the dance and leaves Rowley the odd man out. But a lot can happen in one night, and in the end, you never know who’s going to be lucky in love .

. . The world is full of millions of Wimpy Kid fans! 7+ readers of all abilities can’t get their heads out of Greg’s diaries.

Praise for Jeff Kinney:’The world has gone crazy for Jeff Kinney’s Diary of a Wimpy Kid’ – The Sun’Kinney is right up there with J K Rowling as one of the bestselling children’s authors on the planet’ – Independent’Hilarious’ – Telegraph*Winner of Blue Peter’s Best Book of the Last 10 Years award.*

Chapter Book (262)Comics & Graphic Novels (114)Holidays & Celebrations: Valentine's Day (33)Humorous Stories (351)
Waitlist Request Thank you for your interest in this title. We will inform you once this item arrives in stock. Please leave your email address below.