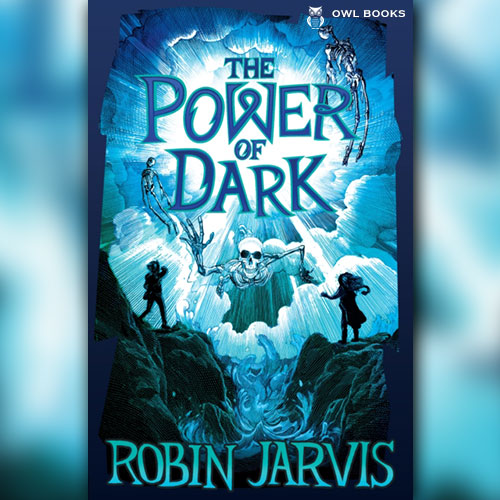 An enthralling mix of magic and horror – first of a new series from fantasy legend Robin Jarvis. Something is brewing in the town of Whitby. To best friends Lil and Verne, it just seems like a particularly bad storm.

But Cherry Cerise, the last of the Whitby witches, fears that ancient forces are at work, reviving the curse of a long lost magical artefact. The legend goes that the Nimius was created by magician Melchior Pyke, with the assistance of a young witch known as Scaur Annie. But they were both betrayed by Pyke’s villainous manservant, Mister Dark, causing a feud that has survived even beyond death.

As Mister Dark, with his horrific winged familiar, arises to mastermind Whitby’s very own apocalypse and take the Nimius for his own evil purposes, can Lil and Verne join with Cherry to quell his plans and save their home?Robin Jarvis started writing in 1988 and quickly became a bestselling author with his Deptford Mice and Whitby Witches series. The Power of Dark is the first of a hauntingly good new series set in the atmospheric North Yorkshire coastal town of Whitby. You can find out more at www.robinjarvis.com or follow him on Twitter @robinjarvis1963

Holidays & Celebrations: Halloween (145)Paranormal (4)
Waitlist Request Thank you for your interest in this title. We will inform you once this item arrives in stock. Please leave your email address below.