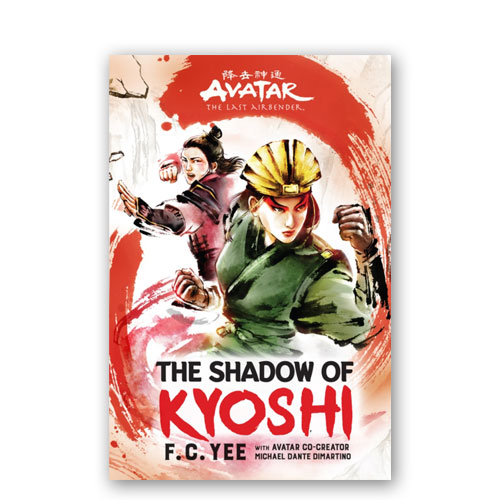 The Kyoshi Novels : 02 : Avatar, The Last Airbender: The Shadow of Kyoshi

The epic, can’t-miss follow-up to the instant New York Times bestselling Avatar, The Last Airbender: The Rise of Kyoshi-now in paperback!Kyoshi’s place as the true Avatar has finally been cemented-but at a heavy cost. With her mentors gone, Kyoshi struggles to keep the peace in a world full of corruption and violence. But while her reputation grows, a mysterious threat emerges from the Spirit World.

Kyoshi’s travels take her to the Fire Nation, where she reunites with Rangi and becomes the Fire Lord’s guest of honor for an important cultural holiday. But underneath the celebration lies a dangerous game of court politics-and when the palace itself is attacked, she, Rangi, and their allies must deliver justice before the Fire Nation is consumed by strife. This thrilling follow-up to the New York Times bestselling Avatar, The Last Airbender: The Rise of Kyoshi continues Kyoshi’s journey from a girl of humble origins to the merciless pursuer of justice still feared and admired centuries after becoming the Avatar.

Comics & Graphic Novels (114)Fantasy & Magic (274)LGBTQ (23)
Waitlist Request Thank you for your interest in this title. We will inform you once this item arrives in stock. Please leave your email address below.