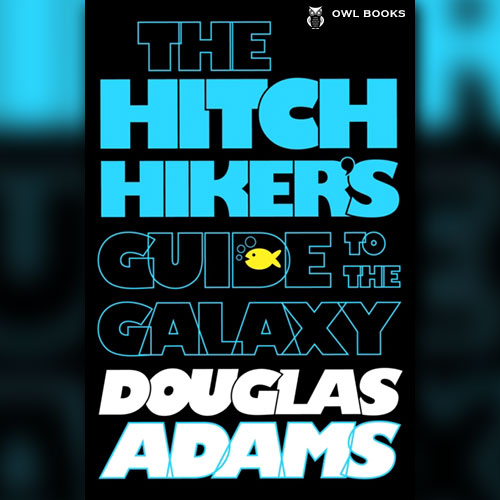 The Hitchhiker’s Guide to the Galaxy

Go on a galactic adventure with the last human on Earth, his alien best friend, and a depressed android. Introducing younger readers to The Hitchhiker’s Guide to the Galaxy, this YA edition of the funny sci-fi classic includes an introduction from Artemis Fowl author Eoin Colfer. One Thursday lunchtime the Earth gets unexpectedly demolished to make way for a new hyperspace bypass.

It’s the final straw for Arthur Dent, who has already had his house bulldozed that morning. But for Arthur, that is only the beginning . .

. In the seconds before global obliteration, Arthur is plucked from the planet by his friend Ford Prefect – and together the pair venture out across the galaxy on the craziest, strangest road trip of all time!Totally hilarious, The Hitchhiker’s Guide to the Galaxy has been a radio show, TV show, stage play, comic book and film, and is and a work of utter comic genius from Douglas Adams.

Science Fiction (79)
Waitlist Request Thank you for your interest in this title. We will inform you once this item arrives in stock. Please leave your email address below.