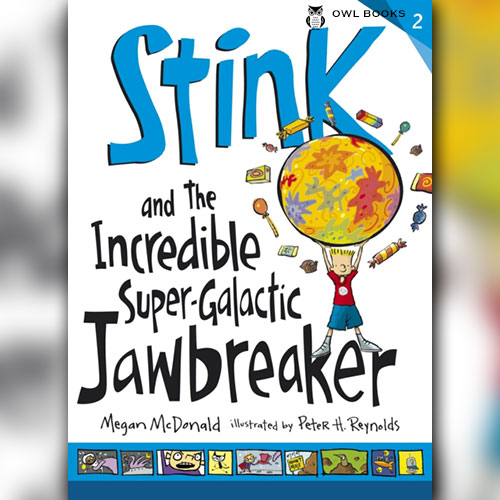 Stink puts his letter-writing skills to the test when he complains about a jawbreaker that did not break his jaw – with surprising results. He gets sent a huge box full of sweets! But he’s so intent on getting freebies that he misses one small and very special envelope from his best friend Webster. This funny and heartwarming story reminds readers that while freebies are great, friends are most important.

Humorous comic strips at the end of each chapter also explain a number of well-known idioms.

Family & Relationships (46)Humorous Stories (351)Readers (213)Self-Esteem & Self-Reliance (17)
Waitlist Request Thank you for your interest in this title. We will inform you once this item arrives in stock. Please leave your email address below.