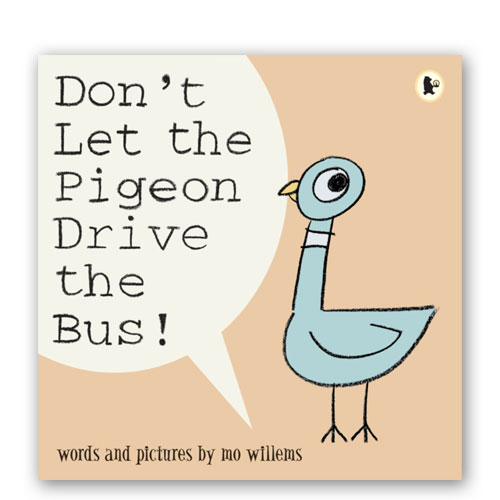 In his hilarious picture book debut, the acclaimed Mo Willems perfectly captures a toddler’s temper tantrum. When a bus driver takes a break in this hilarious Caldecott Honor-winning picture book, he gives the reader just one instruction: “Don’t let the pigeon drive the bus!” But, boy, that pigeon tries every trick in the book to get in that driving seat: he whines, wheedles, fibs and flatters. Will you let him drive? Told entirely in speech bubbles, this brilliantly original and funny picture book demands audience participation!

Award-Winning: Caldecott (8)Humorous Stories (351)Picture Storybooks (347)
Waitlist Request Thank you for your interest in this title. We will inform you once this item arrives in stock. Please leave your email address below.