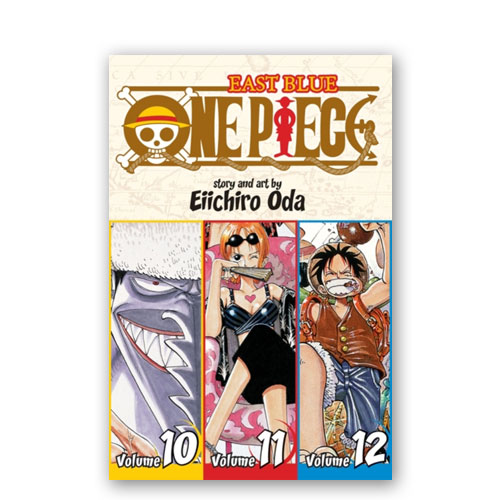 As a child, Monkey D. Luffy dreamed of becoming King of the Pirates. But his life changed when he accidentally ate the Gum-Gum Fruit, an enchanted Devil Fruit that gave him the ability to stretch like rubber. Its only drawback? He’ll never be able to swim again – a serious handicap for an aspiring sea dog! Years later, Luffy sets off on his quest to find the &;One Piece,&; said to be the greatest treasure in the world;

There’s something fishy going on in Nami’s hometown that’s led her to turn her back on her family and friends. But her betrayal is all for naught when the unscrupulous captain of the fish-man pirates, “Sawtooth” Arlong, goes back on his word. When her fellow villagers gear up to challenge a merciless foe who can easily crush them, her only hope for peace is to turn to the very people she has been lying to&; the Straw Hat Pirates!