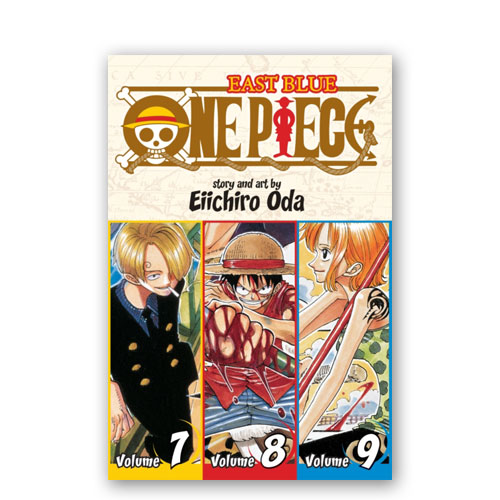 The Straw Hat crew makes a pit stop at the oceangoing restaurant the Baratie, where the cooks are as rough-and-tumble as the pirates who frequent it. Don Krieg, a notorious pirate whose ship was battered in the treacherous seas of the Grand Line, has set his sights on the Baratie, but sous-chef Sanji isn’t going to stand idly by while these ruthless pirates take the ship by force!