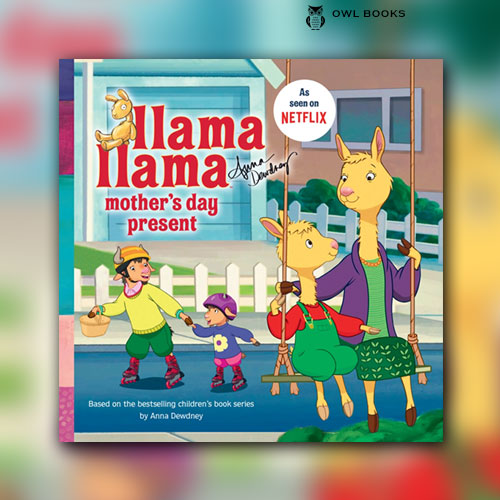 It’s Mother’s Day in this 8×8 based on an episode of the animated LLama LLama Netflix series.

Look out, world–Llama Llama is a TV star! The beloved character, made famous by Anna Dewdney’s best-selling picture books, is the star of his own original series, now airing on Netflix. In this episode-based 8×8, Llama Llama is determined to make Mother’s Day as special as possible for his mama. Your little llamas will love relating to their favorite picture book character as he faces new and challenging situations.

Holidays & Celebrations: Mother's Day (15)
Waitlist Request Thank you for your interest in this title. We will inform you once this item arrives in stock. Please leave your email address below.