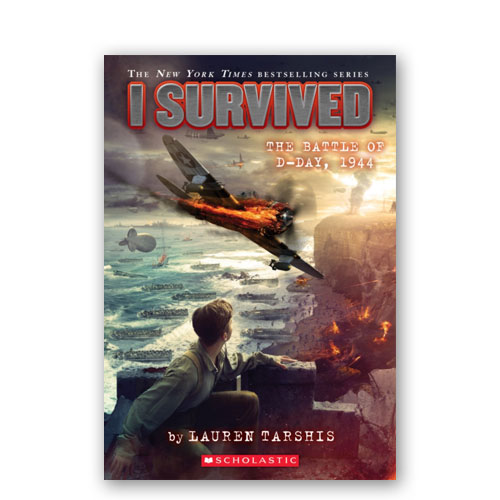 This installment in the New York Times bestselling I Survived series from Lauren Tarshis shines a spotlight on the Normandy landings, just in time for the 75th anniversary of D-Day!

A battle that would change the course of World War II…
Eleven-year-old Paul’s French village has been under Nazi control for years. His Jewish best friend has disappeared. Food is scarce.

And there doesn’t seem to be anything Paul can do to make things better.
Then Paul finds an American paratrooper in a tree near his home. The soldier says the Allies have a plan to crush the Nazis once and for all. But the soldier needs Paul’s help.
This is Paul’s chance to make a difference.

Soon he finds himself in the midst of the largest invasion in history. Can he do his part to turn horror into hope?

Action & Adventure (354)Historical Fiction (12)
Waitlist Request Thank you for your interest in this title. We will inform you once this item arrives in stock. Please leave your email address below.