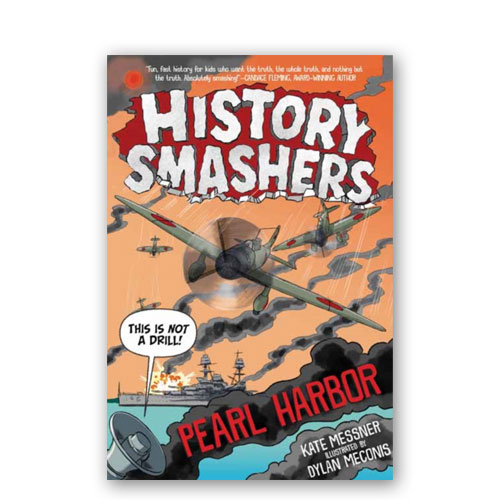 On December 7, 1941, the Japanese launched a completely unpredictable attack on the U.S. Navy base at Pearl Harbor, Hawaii. Right? Well, that’s not quite the real deal. Some military experts had suggested that Pearl Harbor was a likely target. There were other warning signs, too, but nobody paid much attention. From the first wave of the Japanese bombers to the United States’ internment of thousands of Japanese Americans, acclaimed author Kate Messner smashes history by exploring the little-known truths behind the story of Pearl Harbor and its aftermath.

History (97)Non-Fiction (178)
Waitlist Request Thank you for your interest in this title. We will inform you once this item arrives in stock. Please leave your email address below.