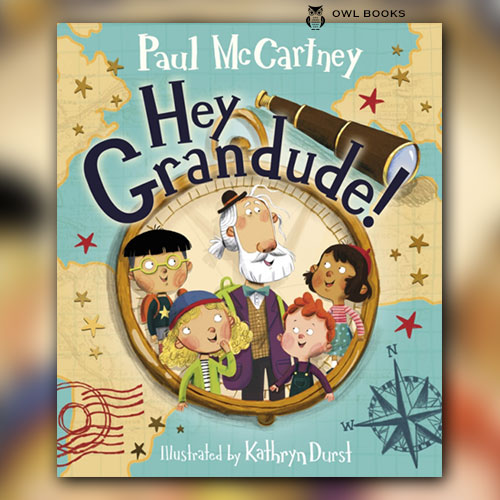 New York Times No.1 BestsellerFrom the legendary Paul McCartney – an action-packed picture-book adventure celebrating the fun grandparents and grandchildren can have when their imaginations run wild. See the compass needle spin – let the magic fun begin! Grandude is a one-of-a-kind adventurer – a Mary Poppins for the modern day! With his magic compass he whisks his four grandkids off on whirlwind adventures, taking them all around the globe . . .

Join them as they ride flying fish, dodge stampedes in the Wild West, and escape snowy avalanches! Brought to life in a riot of colour by talented children’s illustrator Kathryn Durst, it’s the perfect story for little explorers. A charming tale from the music legend – with the most glorious illustrations that will be enjoyed by old and young – THE SUN

Inspired by his own experience of being a ‘Grandude’ of eight, the picture book sees four youngsters and their grandfather travel the world on a host of magical adventures.

Fantasy & Magic (274)Picture Storybooks (347)
Waitlist Request Thank you for your interest in this title. We will inform you once this item arrives in stock. Please leave your email address below.