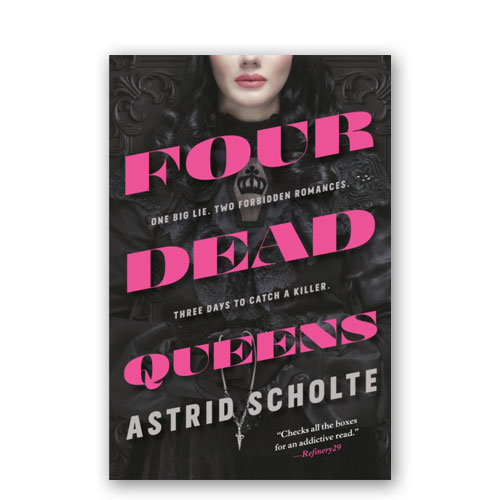 Keralie Corrington is a talented pickpocket in the kingdom of Quadara. She steals under the guidance of her mentor Mackiel, who runs a black market selling their bounty to buyers desperate for what they can’t get in their own quadrant. For Quadara is a nation divided into four regions, each strictly separated from the other, and each with their own queen.

When a routine theft goes horribly wrong, Keralie discovers the item she’s stolen from a messenger contains instructions to murder the four queens. Hoping that discovering the intended recipient will reveal the culprit – valuable information that she can barter with – Keralie teams up with Varin Bollt, the messenger she stole from, to complete his delivery and uncover the would-be murderer. But with Keralie and Varin each keeping secrets – and the lives of the queens hanging in the balance – everything is at stake, and no one can be trusted.

Be the first to review “Four Dead Queens” Cancel reply
Action & Adventure (255)Fantasy & Magic (212)Thrillers (27)
Show More Show Less
Join Waitlist We will inform you once this item arrives in stock. Please leave a valid email address below to be added to the waitlist
Free shipping for purchases over DKK500,00. *Note: applies to Denmark orders only
0%