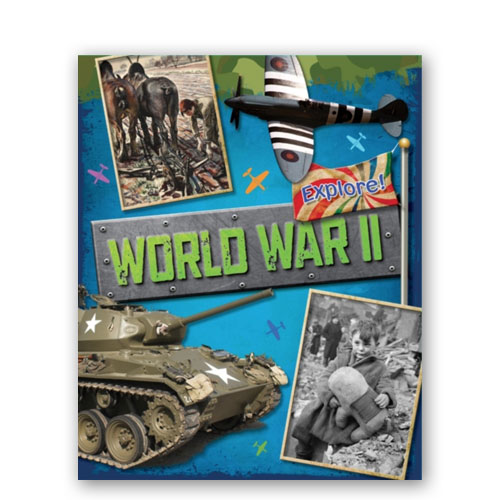 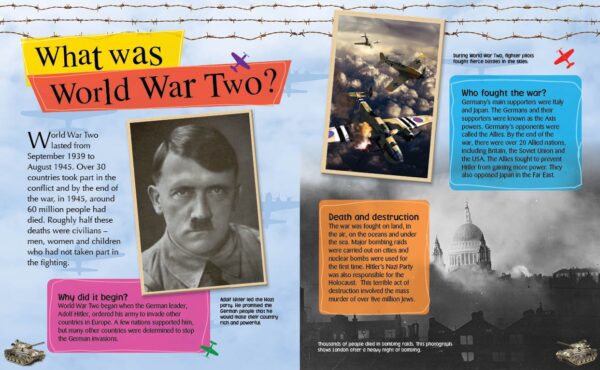 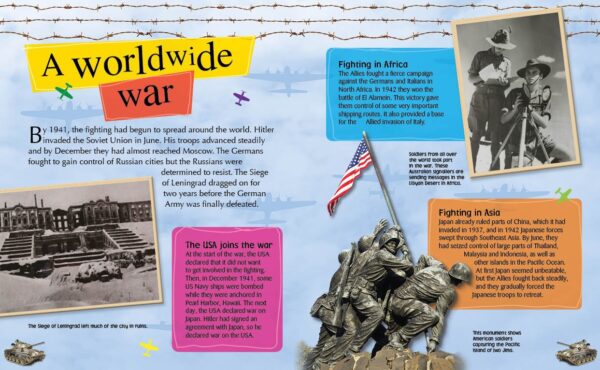 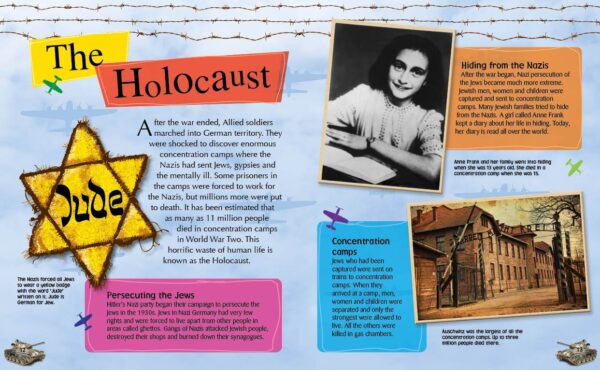 This photographic book gives you an overview of World War Two. From how the war began to how it spread worldwide, the new technology that was used in war for the first time, how women’s roles changed in society because of the war, what life was like on the home front, and how the war was recorded in pictures, diaries, poems and stories. You can learn about key figures, such as Winston Churchill, and events, such as The Holocaust.

You can also read a diary entry from the Blitz and learn how to create your own secret code.

History (97)Non-Fiction (178)
Waitlist Request Thank you for your interest in this title. We will inform you once this item arrives in stock. Please leave your email address below.