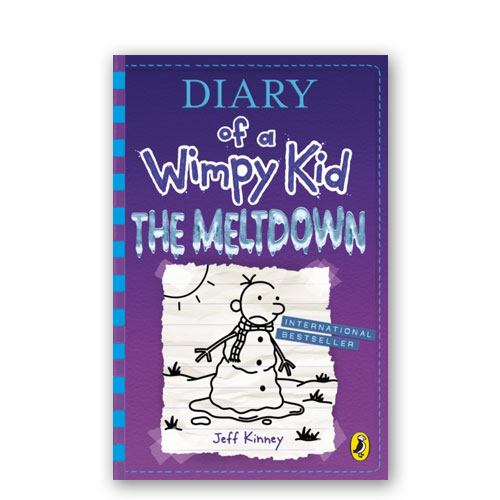 *It’s the 13th hilarious book in Jeff Kinney’s bestselling Diary of a Wimpy Kid series!*’Kinney is right up there with J K Rowling as one of the bestselling children’s authors on the planet’ – Independent

When snow shuts down Greg Heffley’s middle school, his neighbourhood transforms into a wintry battlefield. Rival groups fight over territory, build massive snow forts, and stage epic snowball fights. And in the crosshairs are Greg and his trusty best friend, Rowley Jefferson.

It’s a fight for survival as Greg and Rowley navigate alliances, betrayals, and warring gangs in a neighbourhood meltdown. When the snow clears, will Greg and Rowley emerge as heroes? Or will they even survive to see another day?’The world has gone crazy for Jeff Kinney’s Diary of a Wimpy Kid’ – SunWith millions of books sold around the world in 65 editions and 56 languages, Wimpy Kid has turned millions of kids into readers.

Chapter Book (7)Comics & Graphic Novels (5)Humorous Stories (10)
Waitlist Request Thank you for your interest in this title. We will inform you once this item arrives in stock. Please leave your email address below.