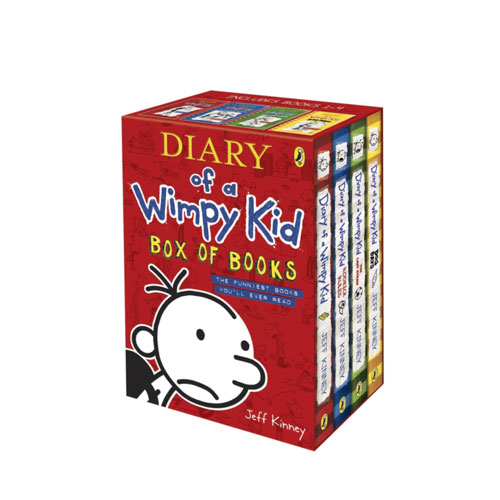 Diary of a Wimpy Kid Box of Books

*The first FOUR Diary of a Wimpy Kids in one boxset!

*Join Greg Heffley, his best friend Rowley, evil big brother Roderick and the rest of his family in the first four of Greg’s adventures!

ABOUT DIARY OF A WIMPY KID:* 50% words, 50% cartoons, 100% hilarious! * Hilarious stories that all readers can’t wait to get their hands on * Laughter guaranteed * 200 million copies sold worldwide’Kinney is right up there with J K Rowling as one of the bestselling children’s authors on the planet’ – Independent*Don’t miss Diary of an Awesome Friendly Kid , to read Greg’s best friend Rowley’s side of the story!*