Products > Buckle and Squash and the Land of the Giants 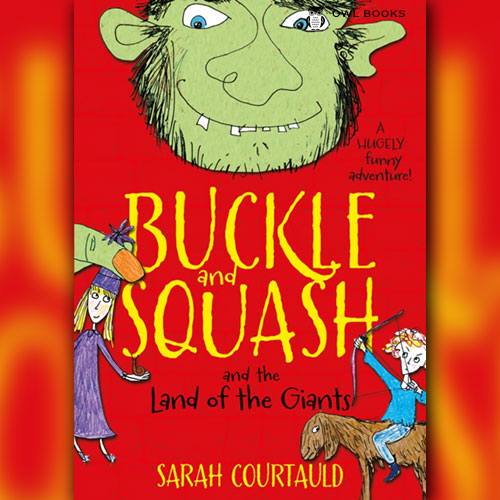 Buckle and Squash and the Land of the Giants

The sequel to Buckle and Squash and the Monstrous Moat-Dragon by Sarah Courtauld – winner of the 2014 Sainsbury’s Children’s Book Award. A funny quest adventure featuring two very different sisters, a magical snail and a giant who loves to play with dolls’ houses . . .

Here begins a tale of Eliza, who wants to become a swashbuckling hero, and Lavender, who dreams of being a fairy-tale princess. When Lavender casts a spell to make herself tiny, becoming a giant’s birthday present was never part of her plan.

Unfortunately, this giant loves dolls’ houses and isn’t letting her new toys out of her sight. Can Eliza and Lavender come up with a cunning plan to escape? Where have all the gentle giants gone? Is the Holy Snail really magical? How many socks can their goat, Gertrude, actually eat? And what’s for dinner? This book might answer these questions, but then again it might not . .

. A brilliantly funny quirky story for fans of How to Train Your Dragon and Mr Gum.

Action & Adventure (354)Humorous Stories (349)
Waitlist Request Thank you for your interest in this title. We will inform you once this item arrives in stock. Please leave your email address below.