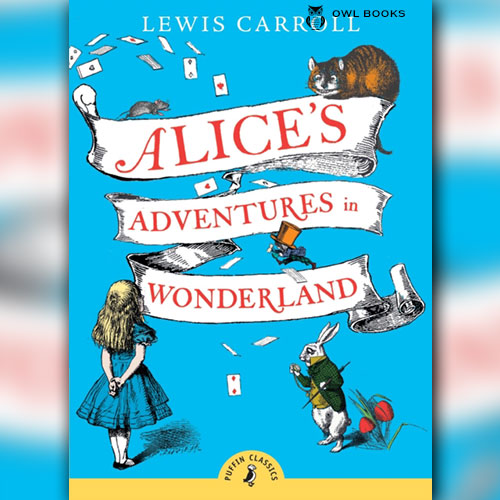 2015 sees the 150th anniversary of ALICE’S ADVENTURES IN WONDERLAND by Lewis Carroll, a much-loved, timeless children’s classic. On an ordinary summer’s afternoon, Alice tumbles down a hole and an extraordinary adventure begins. In a strange world with even stranger characters, she meets a rabbit with a pocket watch, joins a Mad Hatter’s Tea Party, and plays croquet with the Queen! Lost in this fantasy land, Alice finds herself growing more and more curious by the minute .

. . Lewis Carroll, born Charles Lutwidge Dodgson (1832-98), grew up in Cheshire in the village of Daresbury, the son of a parish priest.

He was a brilliant mathematician, a skilled photographer and a meticulous letter and diary writer. Alice’s Adventures in Wonderland, inspired by Alice Liddell, the daughter of the Dean of Christ Church in Oxford, was published in 1865, followed by Through the Looking-Glass in 1871. He wrote numerous stories and poems for children including the nonsense poem The Hunting of the Snark and fairy stories Sylvie and Bruno.

Classics (130)Fairy Tales & Folklore (60)
Waitlist Request Thank you for your interest in this title. We will inform you once this item arrives in stock. Please leave your email address below.