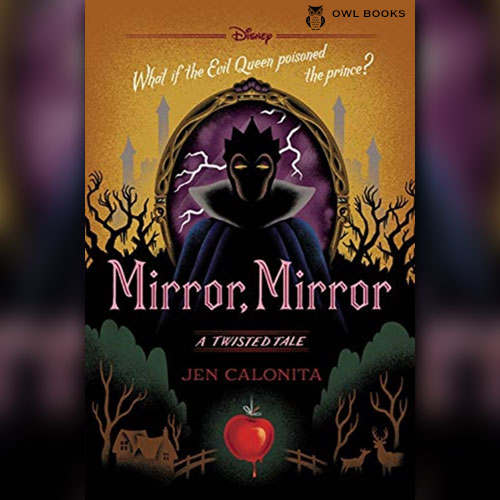 Following her beloved mother’s death, the kingdom falls into the hands of Snow White’s stepmother, commonly referred to as “the Evil Queen” by those she rules. Snow keeps her head down at the castle, hoping to make the best of her situation.

But when new information about her parents resurfaces and a plot to kill her goes haywire, everything changes for Snow. With the help of a group of wary dwarfs, a kind prince she thought she’d never see again, and a mysterious stranger from her past, Snow embarks on a quest to stop the Evil Queen and take back her kingdom. But can she stop an enemy who knows her every move and will stop at nothing to retain her power… including going after the ones Snow loves?

Be the first to review “A Twisted Tale : Mirror, Mirror” Cancel reply

Action & Adventure (320)Disney (179)Fairy Tales & Folklore (51)Princesses (55)
Show More Show Less
Join Waitlist We will inform you once this item arrives in stock. Please leave a valid email address below to be added to the waitlist
Free shipping for purchases over DKK500,00. *Note: applies to Denmark orders only
0%